The other one is American Idol Season 9 finalist Katie Stevens, from Middlebury, Connecticut. 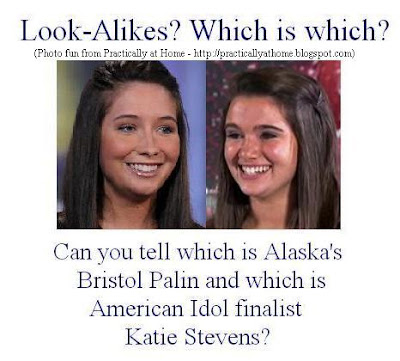 Hiatus Sought from Pious Thought - As the public feeding frenzy focuses on a certain unwed teen mother-to-be, one can only wonder: Perhaps we ought not judge, unless we have walked in another's shoes.
Posted by LA Nickers at 5:24 PM