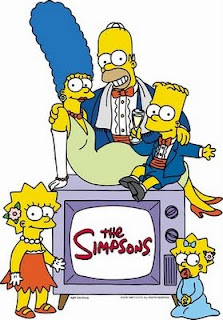 OK, so we already know The Simpsons (created by Matt Groening for 20th Century Fox TV) is basically Rugrats for adults. But just how adult can a cartoon get?

Marge Simpson has posed nude for Playboy, an adult magazine. Where does popular culture go from here?

Maybe viewers thought Jessica Rabbit (in Disney's 1988 movie, Who Framed Roger Rabbit) was a little racy. Certainly, Jessica Rabbit had some pizzazz, and she knew how to work it.

"I'm not bad. I was drawn this way," Jessica cooed in the movie (voiced by actress Kathleen Turner). 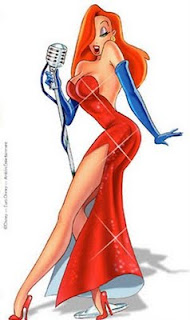 Marge Simpson Bares All in Playboy?

The publisher promises a full collection of nude photos (three pages' worth), including an interview with Marge Simpson herself.

The feature article has been headlined "The Devil in Marge Simpson." Supposedly, Marge Simpson's baring and daring appearance in Playboy is intended to celebrate the 20th season of the super-sarcastic animated television series, The Simpsons. (The series first appeared on Fox TV in 1989.)

Perhaps Marjorie (Marge) Bouvier Simpson is having a midlife crisis. Maybe Marge Simpson is facing menopause and wondering if she has lost her looks. In any case, Marge Simpson has forged new territory in redefining parental boundaries and role modeling.

What will the children think? 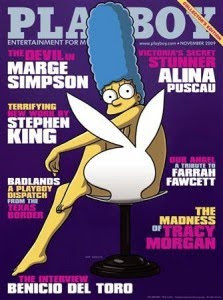 Television viewers may be scratching their heads, even as animators sketch their racy images, wondering what the world is coming too. And how will Marge Simpson's children (Bart Simpson, Lisa Simpson and Maggie Simpson) react to the naked truth about their mother? What does Homer Simpson think about his wife, Marge Simpson, appearing in the buff in Playboy?

Actually, serial reruns may reveal a naked Marge Simpson and even a naked Homer Simpson, sprinting through a public park in the ninth season of the animated series.

But now Marge Simpson will be seen in newstands across the nation (and worldwide), covered only by placeboards reading, "For Adults Only."

In any case, cartoons have surely changed since our childhood days, when the only cartoon bunnies we knew were named Bugs.