"One Nation Under God" 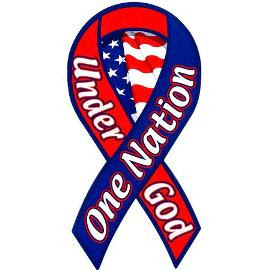 “One Nation Under God”

Not at Home Depot?

America may be the land of the free and the home of the brave, but the battle lines seem to have been redrawn at The Home Depot. The company recently fired young adult employee for wearing a patriotic badge sporting a line from the American “Pledge of Allegiance”:

"I pledge allegiance to the flag

of the United States of America,

and to the Republic for which it stands,

one Nation under God,

with liberty and justice for all."

On October 23rd, Trevor Keezor was fired from his job at The Home Depot, allegedly for expressing his personal religious beliefs by wearing the "One Nation Under God" button.

About a month ago, the cashier had begun taking his personal Bible to work to read during his breaks. Soon afterwards, a store manager told him to remove the “One Nation Under God” button from his Home Depot apron. The company even offered Trevor Keezor a company-approved “United We Stand” badge. 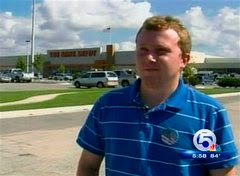 Trevor Keezor refused to take off the patriotic faith-slogan button. According to one Home Depot company spokesman, the young man was fired for a corporate dress code violation. Apparently, only company-sponsored accessories may be worn on Home Depot aprons.

Want to contact Home Depot to express your own opinion about the company’s treatment of Trevor Keezor?