Independence Day is just over two weeks away in the United States, and Americans are preparing for the patriotic parties and festivities. Are you planning a potluck, picnic or barbecue for July 4th? What fun activities and games can you offer for your guests? Here are a few of our favorite traditional contests and games for the Fourth of July. Basically, each is an adapted form of a familiar game. 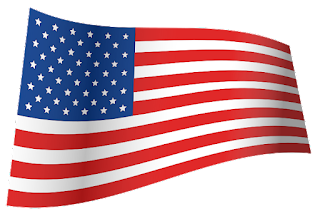 Somewhat like television's Survivor challenge, the All-American Army Training Course is a challenging Fourth of July party game will test the agility and athleticism of all of your guests at your Independence Day celebration. Set up your own challenge, giant puzzle, maze, or obstacle course.

Capture the Flag is a territorial team-building Fourth of July party game is an excellent ice-breaker, pulling together Independence Day celebrants in every generation.

This crowd-pleasing Fourth of July party game truly brings folks together. Combat Trench is sort of like Hide-and-Seek, except an entire team hides together, while the other team searches for them.

This adventurous after-dark challenge game offers mystery and fun as a Fourth of July party game. Gather your patriotic party guests to play Fourth of July Flashlight Tag after dusk, but before the Independence Day fireworks start.

Get the ball rolling at your Fourth of July picnic or party with this sporty game. Who doesn't love to shoot a few hoops at an Independence Day gathering? Yankee Basketball is a peppy Fourth of July party game that will get your guests on their feet and bouncing. Unlike the familiar game of "HORSE," contestants spell out "YANKEE."

Use your imagination. Get the kids involved. You might be surprised how many of your favorite games and contests you can adapt for your patriotic Independence Day celebration. How about Stars and Stripes Croquet, 4th of July Frisbee Golf, or Bunker Hill Bocce Ball?