A is for April Fool's Day & the A to Z Challenge

Everybody plays the fool on the first day of April. Or it may seem so. Look out for tricksters and self-proclaimed comedians on April Fool’s Day!

Although it may also be called All Fool's Day, April Fool's Day is a humor-directed holiday, celebrated each year on April 1st. Some have said this celebration of silliness may be traced to Geoffrey Chaucer's 14th Century classic work, "The Canterbury Tales."

The ancient Romans celebrated a festival called Hilaria in late March, a merry-making occasion to mark the appearance of spring. Could this have been linked to the hilarity of April Fool's Day?

Maybe and maybe not.

Check out this rowdy roundup of April Fool’s stories from a host of hilarious friends and witty writing colleagues. 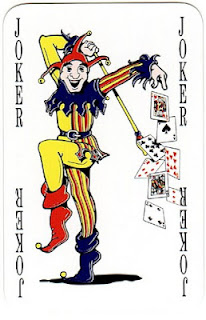 Are you hankering for more history of April Fool’s Day tricks?

Watch out for telephone tricks on April Fool’s Day!

OK, what follows is not an April Fool’s Day joke.

I’ve enrolled six blogs in the A to Z Blogging Challenge, which starts April 1st. I’m committed to publish daily posts for a month – with topics running from A to Z.

Are you following these blogs yet? Why not? How about visiting these blogs throughout the month of April and leaving comments to keep me going? Include links to your own A to Z posts, so my readers can find your entries too.

Last year's A to Z post: Aretha and April Fools