Nepeta is a nifty addition to the garden. It’s plentiful in my own plantings – ever since I received a division from a green-thumbed friend, many years ago.

This flowering perennial, in its purple blossomed variety, looks and smells a lot like lavender. The heart-shaped grayish-green leaves offer full foliage, making nepeta a nice groundcover in garden beds as well. 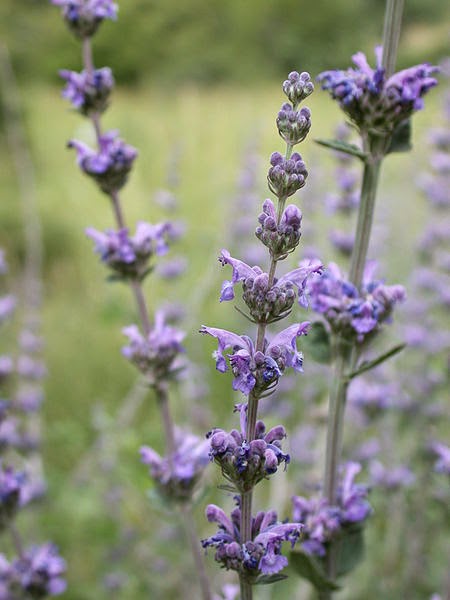 This plant also does well in patio pots, even returning after wintering outdoors.

It’s simple to grow nepeta in partial or full sunlight, and it multiplies each year.

After the early season blooming is over, and the pretty purple flowers begin to fade, I trim my nepeta plantings way back. That way, they grow in even fuller for mid- and late-summer blooming.

Nepeta, however, can become a little invasive, as it reseeds and spreads on its own. In fact, it’s called a catmint, and it is related to catnip, which spreads quite rapidly.

I have heard nepeta can help to deter mosquitoes, but the jury is still out on that one in our backyard.
Nepeta in Israel
by Gideon Pisanty
Creative Commons Licensing

NOTE:  This blogger has no affiliation with any product/s mentioned in this post and received no remuneration from the manufacturer/s or product promoter/s for this post.