D is for Dog Bites

D is for Dog Bites

Doggone it. Pit Bulls may take the lion’s share of blame, at least in the rumor mill, when it comes to dog attacks. But a dog of any breed may bite, particularly if he is provoked, perturbed, or petrified. Basset Hounds, Beagle, Boxers, Bichon Frises, and Bloodhounds are not immune to the biting bug. 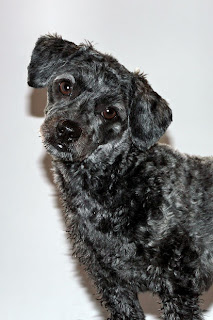 My own daughter, who happens to be a professionally licensed pet care technician, was bitten by a Labrador Retriever. Labs enjoy a lovely reputation as gentle family-friendly dogs. But the police report (after a neighbor dialed 9-1-1) begs to differ.

Digging into the dangers of dog bites, I asked a few friends about their own experiences. Here’s what I found.

I was walking in my neighborhood once when this ankle-high dog came running at me. The owners were in the yard, not paying a bit of attention. I finally yelled and told them, if this was their dog, they better call him back. They did call him, and he went back. Little creature nearly tore my jeans. Had I not had heavy socks and jeans on, he would have torn into my ankle. It was scary to the point I never walked that way again.


Portland news writer Rene Chambers was attacked by a Lhasa Apso, while trying to help a friend.

My friend's neighbor died, and we had to go catch his dog, since there was nobody to care for it. When I went to pick up the pooch, it bit me right on my finger. I had my coat over my hand and was using it as a barrier, but I still had punctures in my finger.
I cleaned and washed it, but antibacterial cream on it, and watched my finger swell up nicely over the next few days.
If a dog is scared, it’s important to ry to calm it down before picking it up. In my case, I knew I had to grab the dog then while it was cornered, because we'd been trying to unsuccessfully catch it for over an hour. 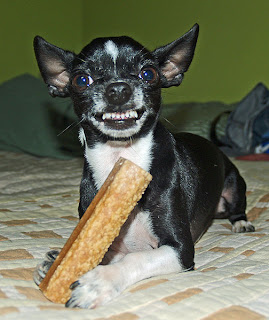 I have been bitten so many times, I fear I have become part-dog. I am just fortunate to be in the right place at the right time(s): twice pulling Pit Bulls off of people being attacked and getting bit myself in the process.
I served as a LRRP in the Army (Long-Range Reconnaissance Patrol), and they would use  Military Dogs to find us during training exercises (good Army training for the Dogs too, and before their handlers could call them off one of us usually fell victim).
I have German Shepherd - Timber Wolf hybrids, and the first time I bathed the youngest one, she took a chunk out of my arm (she still got bathed!) The meanest most vicious time I was every bitten was by a Dachshund [don't laugh!] who had muscles on muscles and in its mind was Hades with paws --- I still think of that dog every time I hear the phrase, "Good German engineering." 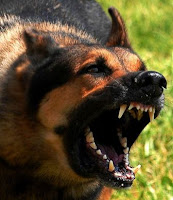 My son went out to let our dog Ming, a black Chow, inside. Our fenced-in yard was separated from a play and patio area of our backyard. We had done it millions of times. When he bent down to put the leash on the dog to walk her in, she bit him on the cheek.
We were very fortunate, that she immediately released him, and we honestly never figured out why the bite occurred. We had to take him in for stitches and then tried some more training classes.
Unfortunately, about a year later, the dog did the same thing to my daughter, but on her arm. The vet recommended a house without children [for the dog], and we had to give her up to a Chow rescue adoption center.


Kim Morgan, a Florida features writer, experienced a painful surprise while working in a pet store.

I was bitten by a dog at the pet store I worked at years ago. I gave the dog a treat at the register, like we always did, and he spit it out. When I went to pick it up after a while, he decided it was his after all and he bit me -- badly.

These include supervising children around dogs; treating dogs kindly and gently; not bothering dogs when they are eating, playing with toys, or sleeping; never approaching unfamiliar dogs; trying to remain calm around dogs; and remaining as still as possible, if a loose dog approaches.

When a dog bites, it’s important to cleanse the bite area thoroughly. If the skin is broken, seek medical attention. Also, most communities require that dog bites be reported, so the animal’s rabies inoculation status may be checked, as well as any history of previous attacks.